Madeleine L’Engle was an inspiring writer. Most people know her as the author of A Wrinkle in Time and other “juvenile fiction.” But those books for children are inspirational for adults, as well. Why? Because she challenges her readers, young and old.

L’Engle was an Episcopalian, a woman of strong faith and convictions who wrote several books about faith specifically, but who also wrote: “Do we have the right to impose our own religious beliefs, from no matter which direction they come, on the rest of the world? I don’t think so.”

In her speech “Disturbing the Universe,” she said “the stories I read and reread, were usually stories which dared disturb the universe, which asked questions rather than gave answers.

“I turned to story, then as now, looking for truth, for it is in story that we find glimpses of meaning.”

She goes on, “But how apologetic many adults are when they are caught reading a book of fiction! They tend to hide it and tell you about the ‘How-To’ book, which is what they are really reading. Fortunately, nobody ever told me that stories were untrue, or should be outgrown, and then as now they nourished me and kept me willing to ask the unanswerable questions.”

Think about the stories you read when you were younger, either one-reads or those multiple-reads. Why did they enchant you? intrigue you? embrace your imagination? Did they open new thoughts to you, as well as expose you to new worlds?

“A book is the only place in which you can examine a fragile thought without breaking it, or explore an explosive idea without fear it will go off in your face. It is one of the few sources of information left that is served up without the silent black noise of a headline, the doomy hullabaloo of a commercial. It is one of the few havens remaining where a [person’s] mind can get both provocation and privacy.”

L’Engle wrote adult fiction as well as children’s fiction, but perhaps her most powerful fiction was that written for children. For it was there that she opened young minds, and exposed them to new ideas, and allowed them to grow in the safety of her pages.

“I believe that good questions are more important than answers, and the best children’s books ask questions, and make the reader ask questions. and every new question is going to disturb someone’s universe.”

Is disturbing the universe a bad thing? I don’t think it is. Without such disturbances, we become zealots, convinced that we have all the answers and that everyone else should believe as we do. And zealotry is NEVER a good thing.

As writers, we must be willing to shake up our own universes if we are to continue to nurture our readers. Entertainment is one of the main goals of fiction, of course, but that entertainment should also offer the opportunity for growth, both for the writer and for the reader.

“Writing fiction is definitely a universe disturber, and for the writer, first of all. My books push me and prod me and make me ask questions I might otherwise avoid . . . I have a pretty good idea of where the story is going and what I hope it’s going to say. And then, once I get deep into the writing, unexpected things begin to happen, things which make me question, and which sometimes really shake my universe.”

Shake your universe. Grow from your writing, and write with the intention of allowing your readers to grow. Shake their universe: ask the hard questions, and prompt them to ask more. 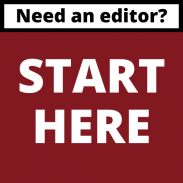