A Wreath of Snow

A Wreath of Snow by Liz Curtis Higgs

For two years, Margaret (Meg) Campbell has avoided returning to her home in Stirling, Scotland. But on December 24, 1894, after spending less than twenty-four hours with her parents and crippled brother, the twenty-six-year-old teacher is heading back to Edinburgh on a train without saying good-bye. It’s not that she doesn’t love her family. On the contrary. After her younger brother was injured in a curling accident twelve years ago, he became angry, bitter, and demanding. It hurts Meg to experience his sour disposition and watch him take advantage of their parents.

But a snowstorm stops the train not far out of town. Along with the other passengers, Meg makes the journey back home through the cold and snow, not realizing that an attractive companion is the culprit who changed her brother’s life.

Gordon Shaw has not traveled back to Stirling for many years, but a newspaper assignment forces him to venture back just before Christmas. He never expected to be on the same train as Meg Campbell. Gordon wants desperately to ask her family for forgiveness for the damage he caused her brother and rid himself of the guilt he’s carried for years. Attracted to Meg, he’s torn up inside knowing that once his identity is shared, there is little chance he’ll be welcomed.

1. Well-developed characters. Although novellas contain a much smaller word count than full-length novels, characters still need to have enough depth that readers will care about them. In A Wreath of Snow, I learned a great deal about Meg and Gordon. I experienced their emotions—their struggles. Although flawed humans, I quickly grew to know them as loving people who wanted to honor God.

2. Strong theme. This is a heartwarming story of repentance, grace, and forgiveness.

3. Vivid setting. This time period comes to life with the author’s descriptions of Stirling, the train station, winter conditions, attire worn by the characters, the food served, and the Christmas traditions shared.

4. Romance. A sweet romance begins to develop, but the attraction and pacing feel realistic.

5. Tension. Conflict and tension, which are important in any story, are present from the beginning pages through to the end of the story.

6. Satisfying ending. The author leaves us with a resolution that feels good and right without being overly sweet. 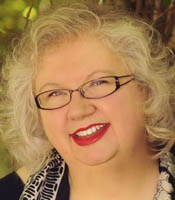 Liz Curtis Higgs is the author of thirty books, with more than three million copies in print. Her six Scottish historical novels have won the hearts of readers and reviewers around the globe. When Came a Prince received a Christy Award for Best Historical Novel. Here Burns My Candle won the Romantic Times Reviewers’ Choice Award for Best inspirational Romance, and Mine Is the Night was a New York Times bestseller.

Liz is happily married to Bill Higgs, who serves as director of operations for her speaking and writing office. When she’s not traveling to Scotland for research, Liz can be found curled up with a good book in their old Kentucky home, a nineteenth-century farmhouse near Louisville.

You may find A Wreath of Snow through the direct links for the following online sites: